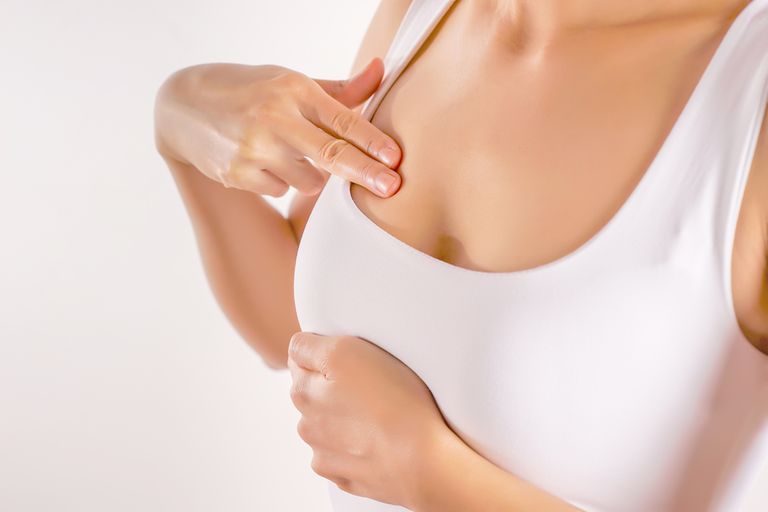 Breast development starts in an unborn baby and is completed during puberty and pregnancy. It is completely normal for women to have one breast that is slightly different from the other. One may be larger, a different shape or in a slightly different position. Usually, the difference is not outwardly noticeable to anyone other than the woman herself, but there are some more obvious problems with breast development that can cause significant psychological distress and physical problems, prompting those affected to seek medical help and advice.

Breast development begins before birth when the unborn baby develops nipples and the beginnings of milk ducts. For girls in puberty, breast buds appear and develop into mammary tissue. The breast begins to raise and enlarge, and the areola darkens. Throughout premenopausal life, the breasts undergo changes during the monthly cycle which can lead to pre-menstrual tenderness and swelling that disappears soon after menstruation. True maturation of the breasts and full breast development is not thought to be complete until a woman becomes pregnant and her breasts begin to produce milk. After the menopause, the lack of oestrogen causes the connective tissues of the breasts to lose elasticity, causing the breasts to lose their shape. This is known medically as the process of ptosis.

The most common breast development problems that women experience result in breasts that are too large or too small, or that have sizes and shapes that are not perceived as ‘normal’.

Breast hypertrophy, overdevelopment of breast tissue, causes the breasts to become very large. A woman with breasts that are unusually large may be diagnosed with macromastia or gigantomastia, both are medical terms that simply mean abnormally large breasts. Women affected have health problems such as back, neck and shoulder pain, and often find that the skin beneath the breasts becomes sore and possibly infected because of friction and sweat.

Treatment of breast hypertrophy may involve hormonal treatments such as tamoxifen, progesterone or testosterone. In severe cases, breast reduction surgery is recommended to reduce strain on the back and shoulders, and this may be available under the NHS if there are medical grounds. Most women, however, are not eligible but do then have the option of going to the private sector for their breast reduction surgery.

Women who have breast hyperplasia have some breast tissue that does not mature, so the breasts hardly develop at all. There are different causes but one specific condition that results in very little breast development is Poland’s syndrome. Girls born with this have no breast buds, the small area of tissue usually present just under the nipple from which the breast grows during puberty.

This syndrome also causes the pectoralis muscle in the chest to be absent or underdeveloped, and other muscles in the breast and chest wall may also develop abnormally. Natural methods of breast enlargement including fenugreek and fennel have been used historically to increase breast size and milk supply, but there is no conclusive proof that natural remedies are effective in promoting breast development. Surgical breast enlargement may be the only option for women whose breasts fail to develop. This is normally done privately as this is considered a purely cosmetic procedure.

The size, shape and orientation of the breasts, areolas or nipples can sometimes be different on one side compared to the other because of problems with breast development. Surgery can usually be used to correct asymmetrical breasts once natural breast development is complete but this is often only available in the private healthcare system.

Tuberous breasts are tube-shaped; this type of breast development problem can usually be corrected by surgery to create a rounder shape, either using a breast uplift or an implant. Tuberous breasts do not usually lead to physical problems but there is a condition known as tubular hypoplastic breasts that causes the breasts to be tube-shaped due to a lack of breast tissue. This means that the breasts are unable to produce milk, making breastfeeding impossible.

True inverted nipples occur when the milk ducts within the breasts are too short and pull the nipple permanently inside the breast. It is not possible to encourage the nipple to protrude even temporarily. Nipple inversion can also occur as a result of problems with breast changes later in life or as a result of pregnancy or after breastfeeding.

Surgery can often correct this type of breast development problem. Some surgical methods involve only the skin and can preserve the ability to breastfeed later. If the cause is abnormally short milk ducts, however, surgery will involve cutting the ducts, and this will make breastfeeding impossible afterwards.

Other ways to treat inverted nipples include methods of encouraging protrusion of the nipple through the use of suction cups, a piercing or breast shells. While these techniques may be suitable in some cases, it is advisable to consult a doctor before embarking on any kind of self-help treatment as some methods may make the problem worse or cause damage to the internal tissues.

SHOULD I SEE A DOCTOR ABOUT PROBLEMS WITH BREAST DEVELOPMENT?:

For most types of abnormal breast development, treatment including breast surgery can be very effective, so it is worth discussing your options with your GP if you are concerned about breast development issues. It is also important to see a doctor if you notice any changes to your breasts or nipples. Some breast changes, such as inverted nipples or changes to the size and shape of one breast, can occur as a symptom of breast disease as well as problems with breast development.